Zsight is yet another security app for Android devices that let the users to watch the live feed of their installed CCTV cameras. In case you want to use it in Windows, proceed with installation of NoxAppPlayer Android emulator.

Earlier, we covered security apps like GDMSS Lite, ICsee and iSmart DV. Zsight has got its own advantages. With Zsight installed on Android smartphone or tablet, users can easily listen to audio talks and can select the play back video options on device.

The WiFi settings can be easily configured using Zsight security app. The best advantage of Zsight is that it allow its users to automatically configure the remote connection. 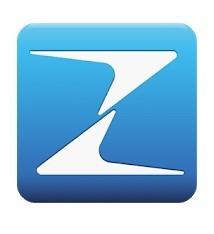 Presently, there are lot of good Android emulator softwares available for both Windows and Mac operating systems. We recommend to first give Nox Player a try to install Zsight for Windows.

With Zsight for PC installed in Windows 7, Windows 8, Windows 10 or Macs in emulator, you will be able to enjoy the same interface as Android one since it is same version, but just in emulator.

Looking back at this app on Google Play Store in a regular article update, we see that the ratings for this app have falled dramatically. It appears that many users are complaining now that this app is broken, freezing, and is no longer functional. The last update to this app (as of the date of THIS update) was more than a year ago, so it seems that the developers are no longer interested in this app. For these reasons we would recommend that you look elsewhere to get what you need.