Witcheye is a new game from Devolver Digital, and it is already getting some really positive reviews. The game is bright and colorful (and 2D), with and old school look and feel. (Fans of the old school Nintendo games will feel nostalgia while playing.) It combines pixel art with excellent controls, while you can enjoy the music from an original soundtrack. 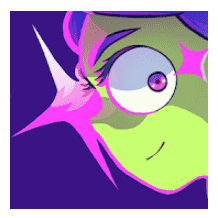 In this game, you play a “mild-mannered” witch who transforms suddenly into a “flying eyeball of vengeance.” (great stuff!) As a flying eyeball, you can fight the knight and wizard who want to steal the witch’s spell ingredients. There are more than 50 levels to play through, each with new and unique challenges, new enemies (over 100 to defeat), new environments, and new secrets.

How to play Witcheye on a desktop computer?

The short explanation is that an emulator is a piece of software (free) that you can install on your desktop computer to imitate an android device so you can play Witcheye on it. Really, the hardest part about this entire process is deciding which emulator you want to use.

There are several excellent choices, and for beginners, we tend to recommend Bluestacks or LDPlayer. (see Bluestacks vs. LDPlayer)

Once you have chosen your emulator, these are the steps to start playing Witcheye on your desktop computer:

Disadvantages of using an emulator to play Witcheye

There may be two annoyances I can think of. One, is that if you have an older computer, your system may struggle to handle running both the emulator and the game. This doesn’t mean you should give up on using an emulator….it just might mean you need to look for one that is a bit “lighter.”

Next, you might have to buy Witcheye again for the new device. I know the game is cheap, its listed at $2.99 in Google Play Store, but some people might not like the idea of paying for a game twice.

Witcheye is available for download from the Google Play Store. It is a paid app, for $2.99. It is currently ranked a 4.7 out of five stars in Google Play store, but is still rather new, and lists only a few downloads so far. I think given the hype around the game and the comments we are already seeing, that a lot of people are going to be playing this game in the future. It is rated Everyone 10+ due to some fantasy violence.