Home » Others » What is Lucky Patcher, and is it illegal?

So what exactly IS Lucky Patcher?

Lucky Patcher is an app. In fact, it is an app that can modify other apps. Technically, it operates by changing the app data of the APK file. (Not sure what an APK file is? This article explains it: What is an APK File?) People might use the words “hack” or “crack” and Lucky Patcher in the same sentence. 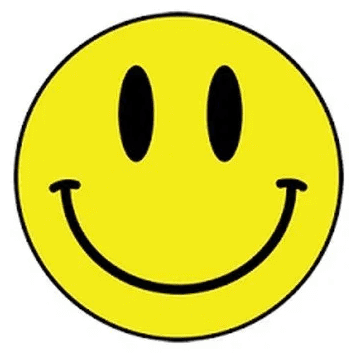 What do people use Lucky Patcher for?

Lucky Patcher is not used as much as it used for be, for various reasons. But it gained popularity quickly after its launch because it allowed users to remove Google ads from games they had downloaded, thereby drastically improving the gaming experience. Users of the app also used it to cut apps from need to connect with the internet, to remove app license verification, change permissions, remove in-app purchase requirements, transfer the APK file to a device that is supposedly not compatible, and more.

Example situation: User buys an app from the Google Play Store. User wants to play the game that he paid for on his tablet rather than on his smartphone, but he can’t do that without buying and installing another copy on his tablet. User uses Lucky Patcher to get into the APK file of the original download, remove the license verification, and then transfer the modified APK to the tablet, installs the game on the tablet, and starts playing without paying for another copy of it.

Is it safe to use Lucky Patcher?

Define “safe” in this situation. Lucky Patcher is an app that can be used to modify apps that are not supposed to be modified. It is pretty easy to delete things that you don’t want to delete, and modify something necessary on your device that cannot be recovered. Using Lucky Patcher can cause your system to become unstable, and require a total reformat or restoration. (Backups recommended, obviously). Lucky Patcher is not 100% safe for your device.

If you mean “safe” as far as viruses or malware, this depends upon where you get your copy of Lucky Patcher. Any normal and safe seeming app can be unsafe if you download it from someone who has modified it to include something nasty. As always, be safe when you download apps, especially when you get them from unknown third parties.

As far as safe from the authorities? It is unlikely that the police will be knocking on your door 10 seconds after you download the app. But the safety of your person while using the app depends highly upon what you do with it.

The Lucky Patcher website states that it does not collect any user data, which is a good thing security wise.

But I don’t think in summary that Lucky Patcher is safe at all to use.

What do developers and app stores think of Lucky Patcher?

I don’t have a direct line to any developers or app stores, but I can’t imagine that any of them think it is a good app. If people can get access to apps and games for free that they would have otherwise paid for, developers and stores lose revenue. Given the amount of time and expense that goes into developing a game (including marketing and support), it is not surprising that developers don’t like it.

That being said, is Lucky Patcher illegal? Software like Lucky Patcher might be illegal in some countries, because it does allow you to make changes to software in violation of the property rights of the app seller/developer.

One of the ways people use Lucky Patcher is to improve the use and experience of their devices. People might use it to delete apps from a smartphone that aren’t delete-able, placed there by the manufacturer to try and get you to spend money on them, or to keep you from actually using an app that works (or just getting rid of unnecessary annoying apps that come pre-installed).

People also use it to backup and/or restore apps, which also seems like a valuable and useful characteristic, and is not illegal.

Lucky Patcher can also help you to identify whether another app you’ve downloaded from a third party is going to hurt you, as it can tell you whether you have the original file or a modified version of it (very useful, in my opinion),

But let’s look at a situation where Lucky Patcher might be illegal. If you use Lucky Patcher to gain access to a game, app, or software without paying for it that would otherwise requirement payment of money, then you have committed a theft, a taking of something of value that didn’t belong to you.

Further, if you modify a game to make it free and then distribute that modified game, you may also be committing other crimes, especially if you use a computer or other technology to transfer the modified app.

If you are an honest person and don’t want to harm app developers, you should avoid Lucky Patcher app.

While we appreciate the value that Lucky Patcher brings to users, we can’t recommend that you download it or use it with the intent to commit illegal acts, like gaining access to paid apps or software for free.

Does Lucky Patcher work on all games and apps?

No, it doesn’t. You won’t know for sure if Lucky Patcher can do anything with a particular game until you have Lucky Patcher open and looking at the file that you might want to modify.

Further, if the game is not one that you can download, then you can’t use Lucky Patcher on it. The file has to be on your device to be modified. If the file for the app is on the server of the developer, then Lucky Patcher can’t do anything to it for you.

In fact, I would say that the likelihood of Lucky Patcher working on games and apps in the future is going to decrease, as developers are now aware of the app and will work to defend against its capabilities.

The developer of Lucky Patcher has stated that he created the app to battle against “greedy” developers focused on making money at the expense of users. While I don’t see myself using Lucky Patcher at all in the future (due to legal and moral implications), I’ll leave it to you to decide whether he was right to do it, or whether it is an app that you’ll investigate and utilize for your own purposes.

Let us know what you think about Lucky Patcher in the comments. Should people be able to use to to unlock games and get rid of ads?