LDPlayer vs Bluestacks: Which is better? Or best for your needs? In our comparison review of these two popular emulators, you’ll learn about both so that you can determine which is the better option for you to try.

If you’ve never heard of an Android Emulator, you can check out our emulators 101 article for a more in depth explanation. But basically, an emulator is a program that allows your non-android device to pretend to be an android device so that you can use android software and applications on it. There are lots of reasons why users might want to play or use Android apps and games on a non-android machine, from convenience, to necessity. There are multiple emulator options out there, such as Bluestacks, Nox, Andy, and LDPlayer, among others.

LDPlayer was developed by a group out of Asia. It may have previously been called “MOMO Player” but changed it’s name when it began distribution in Europe and the US. It claims to be “safe” and free of ads and spyware. (though users report that the software does promote apps) 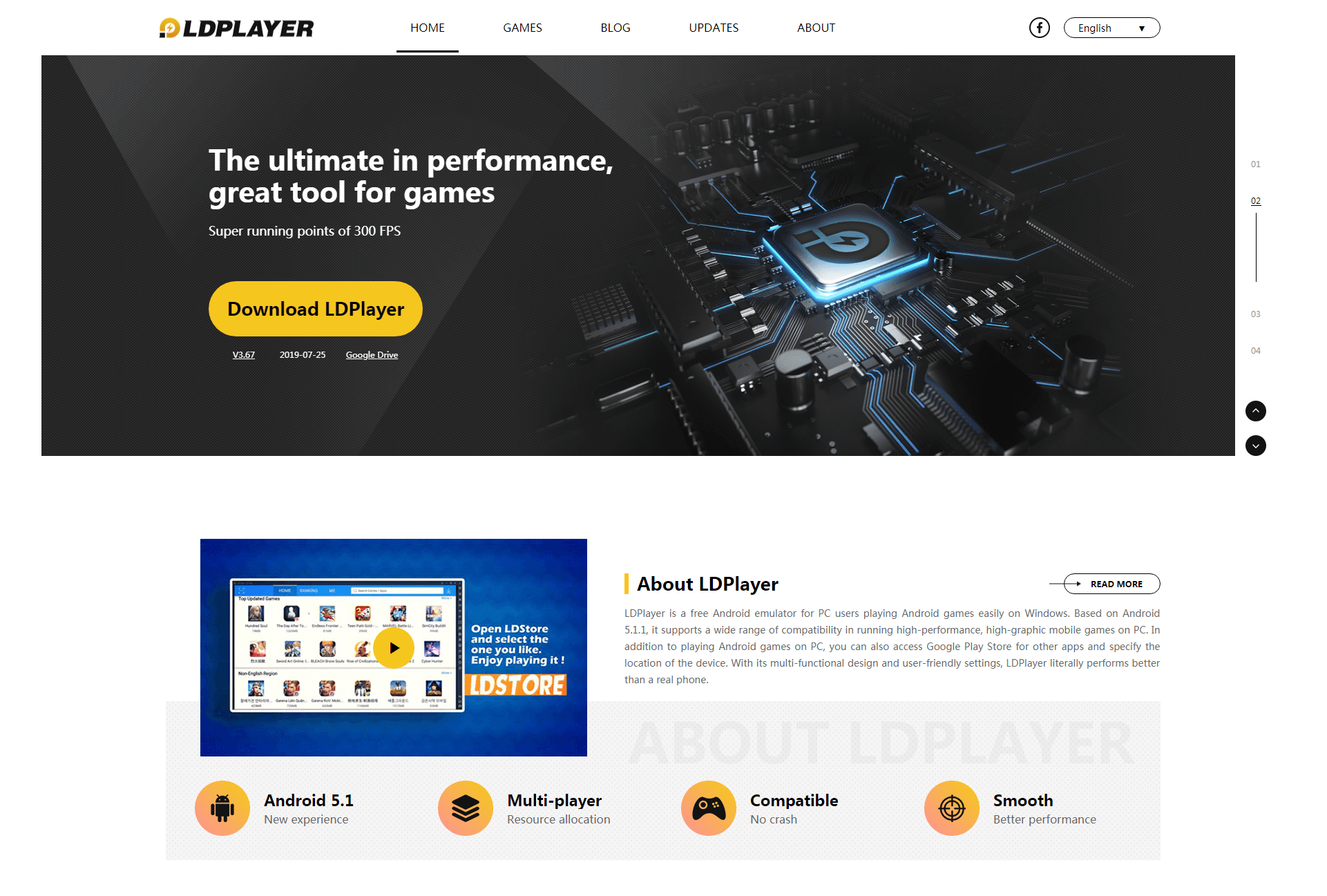 This emulator gained popularity quickly when it became known that, as an emulator, it could run PUBG Mobile when the game was released. Others cheered when they found that it was less obnoxious than other emulators during recording of audio/video for Youtube gameplay (allegedly doesn’t mess with the audio matchup or reduce the frame rate).

Others like the user interface, and argue that it is less intrusive than other emulators available on the market (such as Bluestacks).

Historically, Google Play has come installed in LDPlayer so that you don’t have to take extra steps to visit the marketplace to download your Android apps and games, and it also comes with an independent marketplace app and the ability to install independent APK files by drag and drop. This does increase the usefulness and efficiency of the emulator.

From the LDPlayer developer:

Users report both positive and negative experiences with the emulator:

Others report that it was easy to install, runs games well, they enjoyed the built-in screen recorder, smooth operation, nice interface, free, support in different languages, and helpful tips available, though it (like many emulators) slowed down the device somewhat.

BlueStacks is a popular and well-known free emulator that we have recommended regularly on this site. There are multiple versions of Bluestacks floating around now; Bluestacks 4 is the version currently available on the Bluestacks website for download. (Bluestacks 4 seems to be notably faster than previous versions.) 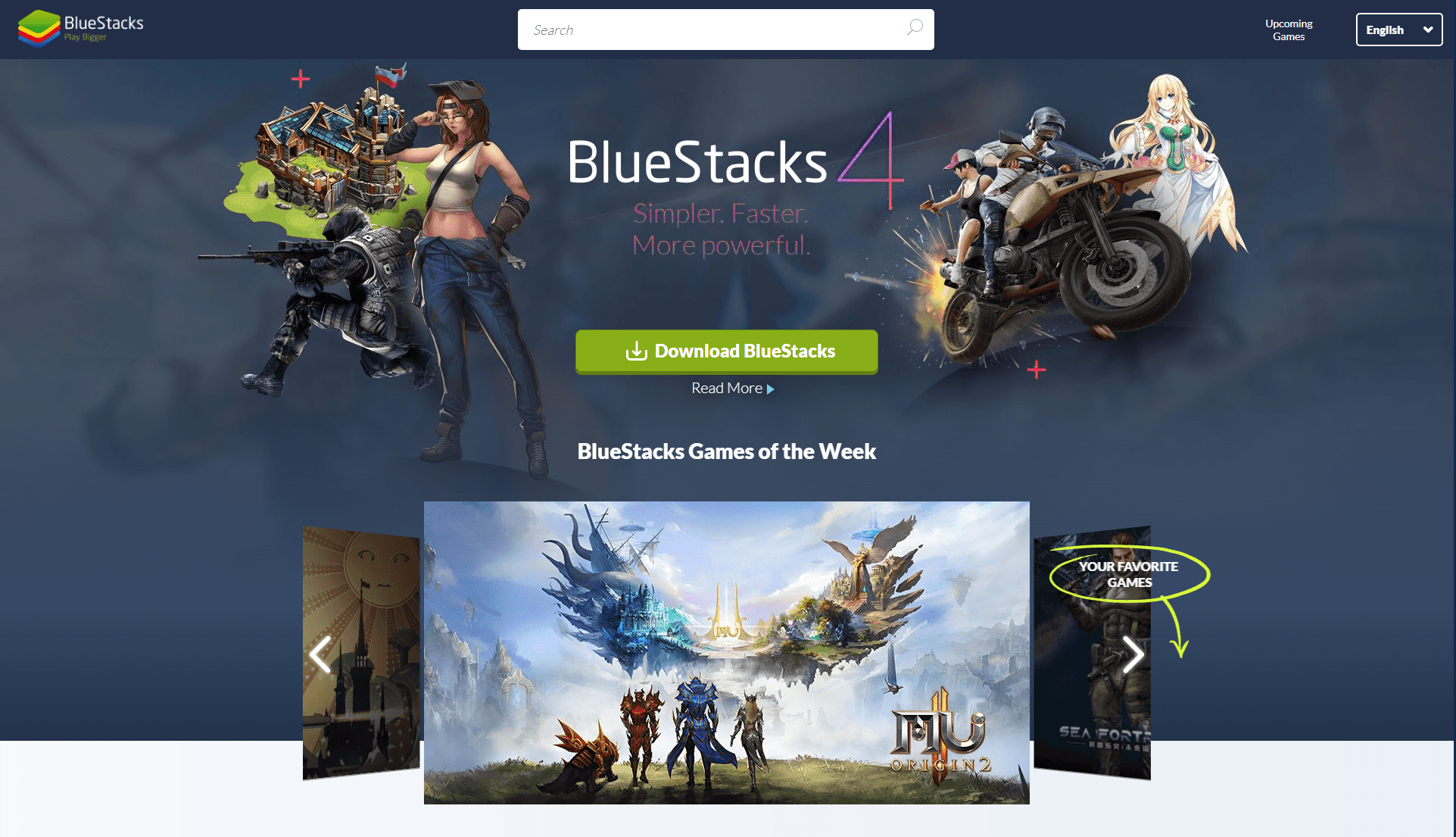 In general, Bluestacks might be the most used emulator available for PC and for Mac. It has a sleek user interface, though newbies might find it complex. Users consistently report it to be the best choice for playing android apps that are graphics intensive.

Pros of Bluestacks: easy installation, runs most Google Play Store apps without lag and the backup function is really useful.

Cons of Bluestacks: ads are annoying, though you can pay to get rid of them, crashes, and doesn’t always connect up correctly with Google Play.

I have said this before and I’ll say it again, I have some concerns that people recommend this emulator above all others because of the affiliate program offered by Bluestacks. While many affiliates only recommend products that they use themselves, there is a powerful incentive to recommend a game when there is money associated with the referral.

From the Bluestacks developer:

Summary: Which is best?

Neither of these apps is anymore safe or dangerous than the other, neither is trying to spy on you or take advantage of you. They are simply programs that do their best to help you use your android files on other operating systems.

And in saying that, I wish that I could report that one was dramatically more awesome than the other. But ultimately, they are really similar in function and there is not a lot different or special about what they can do for the regular user.

I would have to say that while Bluestacks is a historic and well-known emulator (dominating since 2011), LDPlayer has earned the right to earn your loyalty. It has proven that it can handle complex gameplay, and there have been a lot of efforts by developers to make it more attractive to users (reduction in ads, smaller files, stability).

I don’t think you can go wrong with Bluestacks, but you might be able to go righter than Bluestacks with LDPlayer.

What are your thoughts? Have you tried LDPlayer? You can try it for free from the LDPlayer website: https://www.ldplayer.net/

Or you can go with Bluestacks: https://www.bluestacks.com/download.html

Or try them both, and report back in the comments about which emulator works best for you (and why!)