Tizen v Android: What are Tizen, and which is better? In today’s article, we are talking about Tizen, a new operating system that is growing rapidly in use and popularity, which may also be poised to steal a huge portion of the previously Android and iOS dominated phones, devices, and apps markets.

Disclaimer: I am not affiliated with either Android, Tizen, Samsung, or any other company mentioned in this article. The opinions stated herein as based upon my own research, and I have not received any request or payment for publishing what I think. 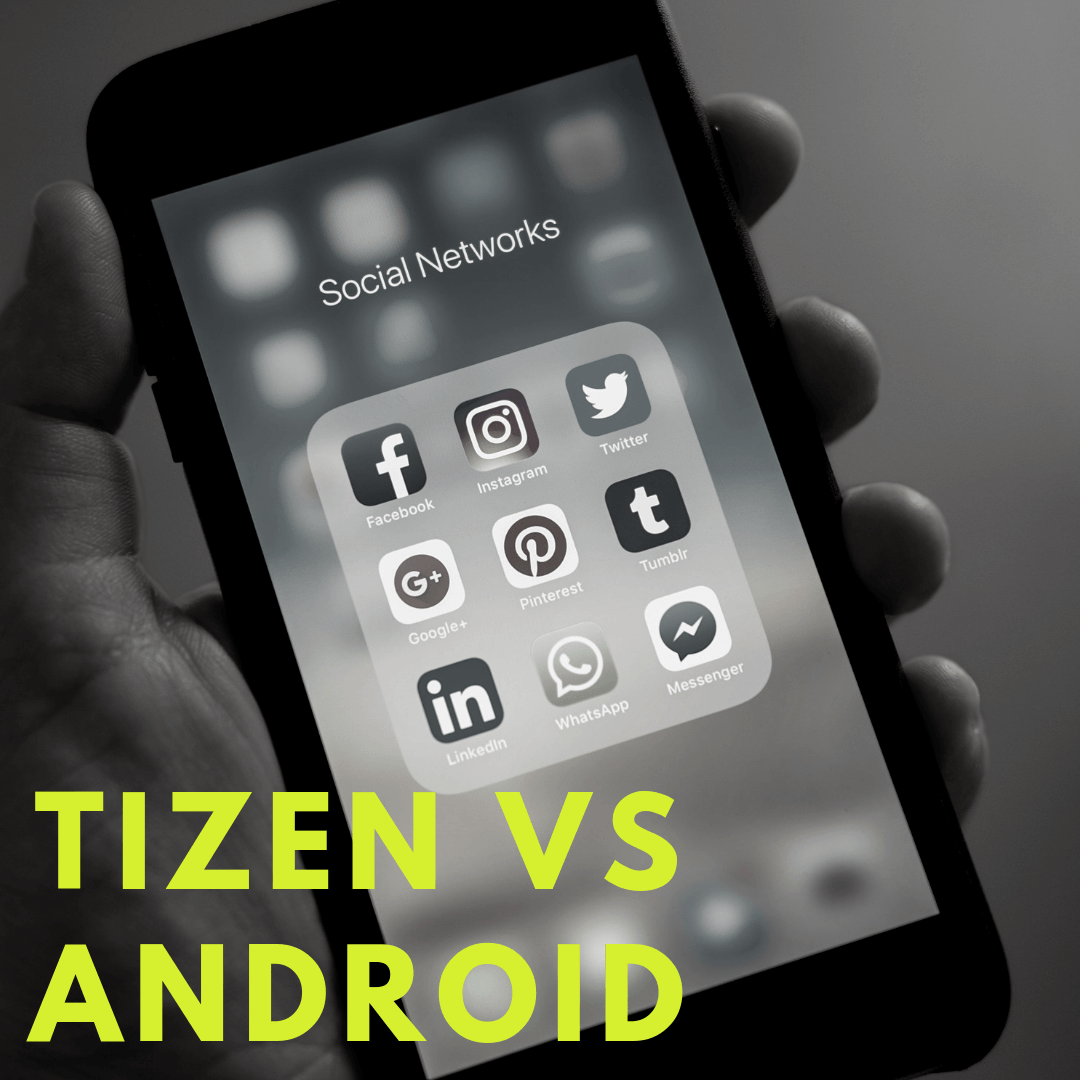 Most people are familiar with Android, but very few people have heard about Tizen. What is Tizen? Tizen is a mobile operating system based on Linux that was developed starting in 2007. It is supported by the Linux foundation, but it was developed by Samsung (but also supported by lots of other companies, including Intel, Sprint, Vodaphone and others), and Samsung is the primary user of the operating system.

Surprisingly, much of the Tizen operating system is open source, though there are some propriety elements owned by Samsung.

At this time, the Tizen operating system/platform is being used in smartphones, wearables, tablets, netbooks, light bulbs, washing machines, vacuum cleaners, Blue Ray players, in vehicles, and in smart televisions.

In contrast, as most people know, Android was developed by Google. Given this fact, Android (and Google) hardly need much in the way of explanations or introductions.

What specific devices are using Tizen?

Naturally this list will grow and change. But you will find the Tizen operating system in a surprising number of devices, including but not limited to the Samsung Galaxy Watch series, the Samsung Gear smartwatches, the Samsung NX series cameras, Samsung Z smartphones, the Family Hub refrigerator, and Samsung TVs.

To date, Android is a well-known and widely used operating system. However, its use has been limited primarily to phones, computers, and smartwatches. Tizen is less-well known, but it used in many, many more types of devices. In fact, a great many people out there in the world probably don’t even realize that the device they are using is running the Tizen operating system.

Certainly, there are going to be a lot of differences at the coding level that most users won’t ever notice. For example, Android uses Java and C language to write applications, while Tizen uses HTML 5 for applications. But the average user isn’t going to know what this means, or be able to tell the difference when using the device. All they will see is that one device seems to be faster than the other, or operate more smoothly, or perhaps for reasons they cannot explain, they just like one phone, smartwatch, or television more than the other.

Here are some other differences between Tizen and Android that are more obvious reported by users and reviewers:

But in general, most laypersons probably wouldn’t notice too many differences, if the other features of the device (such as smartwatch, fridge, lightbulb) were otherwise the same. And in some ways, this could be a really good thing, as people are used to using Android devices and want to repeat that experience on other devices.

But if the user can get the Android experience with a Tizen device and pay less for it? Well then in that case, Android would have a pretty serious problem.

As discussed, the Tizen OS is compatible with most Android apps, and apps made for Tizen are compatible for the most part with other operating systems like iOS and Android. That being said, there aren’t a lot of Tizen specific apps at this time, and users may not be able to get the apps that they preferred on Android or iOS to work on Tizen.

A quick check of the Tizenstore shows that lots of the apps you’d expect to see are available, such as the Facebook App, Facebook Messenger, Instagram, and Whatsapp. There are a few games and some productivity apps. But otherwise, the selection is still quite small.

Is Tizen better than Android?

This is actually a really great question. Android is dominating the market partially on the coattails of years and years of success, marketing, brand awareness, goodwill, and availability. Just about everyone in the world with a smartphone knows about “android” and “google” but few people in the world have ever heard of “Tizen.”

That being said, Tizen seems like it is actually a high quality competitor to Android, especially since it is lightweight, fast, and much more compatible. At this point, there are many indicators that the answer to this question is “yes” Tizen is better than Android.

However, regardless of which is better, Tizen has failed to take over the Android market or even really show any signs of being a viable competitor in marketshare. People call it both a “good product” and a “failed experiment.” Only time will tell how Tizen performs.

Should other companies convert from Android to using Tizen?

In the past several years, people talked about the ‘bold” and “brave” moves made by Samsung to develop and launch Tizen on its devices. No one else seemed to be making money trying to go head to head with Android (aside from Apple), and most others seemed happier to go with the flow and build devices around Android. It seemed to be a risky move for Samsung.

In hindsight, for so many reasons, Samsung was smart to be moving forward with the development of its own operating system. Just look at what happened to Huawei in 2019, when for legal and political reasons (having to do with the United States and China) Google had to pull Huawei’s license to use Android on any of it’s devices. While many Huawei devices were able to continue to use Android, the news was a massive blow to the company and its users, and a wake-up call to many other businesses which rely upon Google and Android to earn revenue.

It is this recent turmoil in the international market that may actually be the catalyst Tizen needs to become more of a power in the mobile operating system market, as companies scramble to try and find viable alternatives to the Android system.

What do you think about Tizen? Does it have a chance to steal additional marketshare from Android? Or will Samsung come to heel along and return to the Google Android fold along with everyone else?

Only time will tell.

Let us know what you think about Tizen in the comments. Does Tizen have a chance?