Nox vs Bluestacks, which is better? On this site, we have frequently recommended by Nox App Player and Bluestacks as go-to emulators for people who want to get started emulating android games and apps to their desktop computers, But which is better between the two? Let’s talk about them.

First, what is an android emulator?

If you are coming to this article never having heard of an android emulator, I’ll just give you the quick explanation. An android emulator (and there are lots of different kinds of emulators) allows your desktop computer to imitate an android device, and all the hardware and software needed to make a particular game or app work. Emulators allows desktop computer to play all kinds of games that would otherwise be completely incompatible. There are iOS emulators, N64 emulators, PS3 emulators, and more. You can emulate games with your smartphones and laptops too. 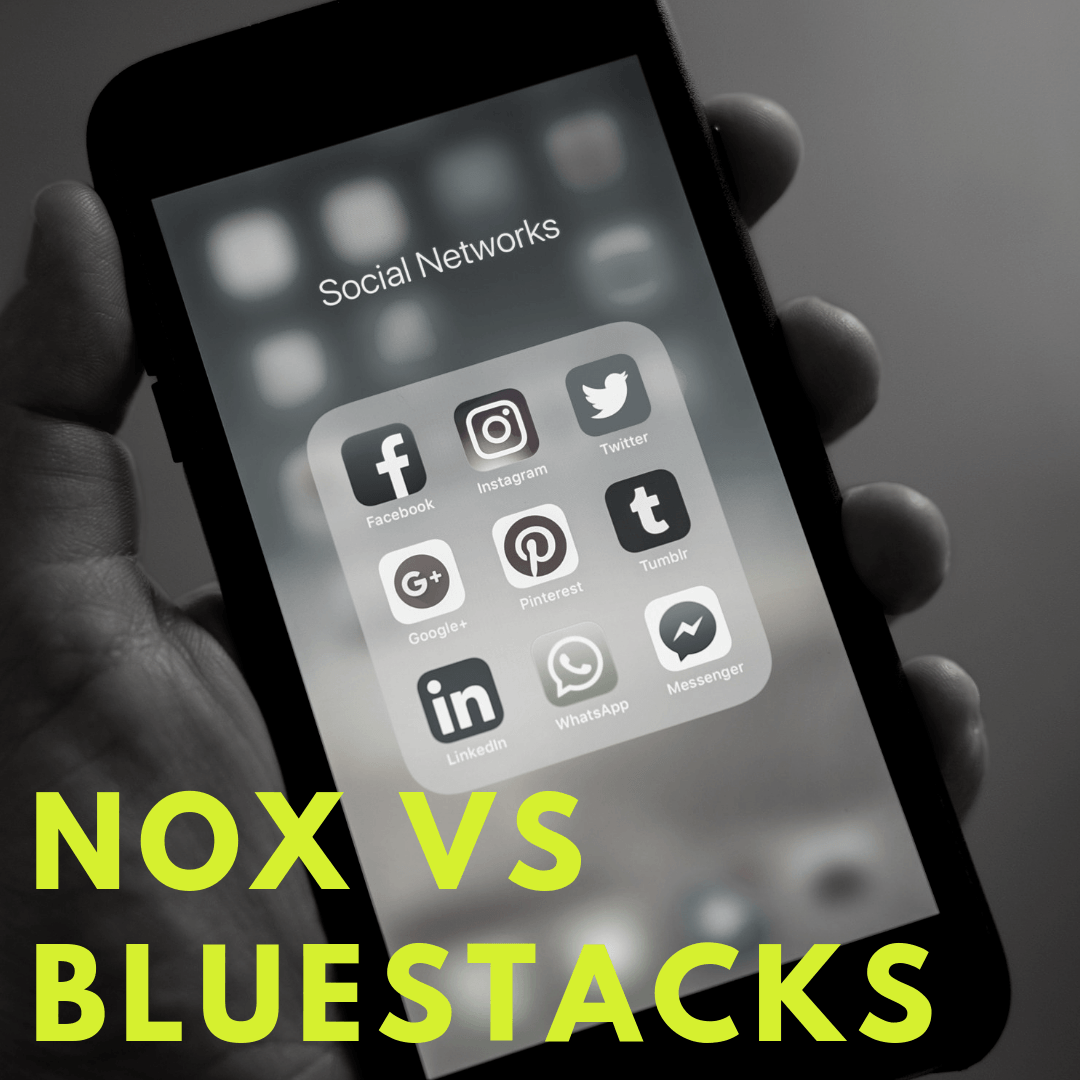 Why use an emulator?

There are lots of reasons to use an emulator. First is just straight comfort. Smartphone screens are small, and if you have fat fingers, it can be hard to play games that require fine attention to detail. Sometimes phone screens are not high quality, and the game experience is just better overall with the screen of your desktop computer.

Next, sometimes your desktop computer is a better system. You might have better hardware or software on it, and it is plugged into the wall. This means that you don’t have to worry about charging your battery, or overheating your phone. Further, you are not hogging all of the memory space on your phone with games and apps. And in many cases, games are actually quicker and smoother with your desktop system than they are with your smartphone.

Third, if you are using your computer, you aren’t using your phone, which means that you don’t have to worry about calls or messages interrupting your game play, or missing out on important communications while you are obsessed with your game.

What is Bluestacks emulator?

Quite simply, it is an emulator, meant for android games and apps. With Bluestacks, you can play android games and use android apps on your desktop computer. It is compatible with both Windows and Mac operating systems.

Nox is also an emulator, meant for android games and apps. It is also compatible with Windows and Mac operating systems.

Alright then, what’s the difference between Bluestacks and Nox?

Well, initially it is important to note that these emulators are regarded as the forerunners in the free android emulator market. There are not many differences between the emulators.

The primary differences between the emulators comes out in the performance. Both emulators claim to address some of the major emulator needs and complaints, which include:

However, even though both emulators claim to be fast, smooth, lag free, easy to use, and simple, that does not always turn out to be the case in practical life.

You should know that both emulators have some significant system requirements to function at their best. If your system is older, you may struggle to use Bluestacks or Nox, or any other emulator for that matter. The reason you need a good system is that the emulators take up a lot of your system to function. Emulators are imitating both the software AND the hardware necessary for the android game to function, which is a lot of work.

Users on both sides report having good and bad experiences with both Bluestacks and Nox, and depending upon who you ask, they are quite ready to point fingers against the other.

What turns the tide for us is the performance of Bluestacks 4, the most recent updated release of Bluestacks. It appears to be the best version of itself so far, as smooth and effective as we’ve ever seen it.

Not to mention that there has been some ugly grumbling about Nox sharing information with foreign data mining firms.

Is there anything better?

There is some chatter about the rising star of an emulator called LDPlayer. It seems to work well, and the user interface is much simpler than other emulators out there, and we think it is worth a try, definitely.

Others are still using Memu with good results.

Finally, still others are skipping out on emulation and focusing playing their android games in a PC operating system built in android. This is an attractive option of you have the technological know-how to do this because, without having to use an emulator, your system doesn’t have so much work to do and your games generally perform better.

Nox and Bluestacks both get the job done about as well as the other, in the right conditions. But I think we can all agree that they still have some room for improvement. I think the word “mature” is the right one for the situation. All the emulators are still really young and early in development, but I think we’ll see a lot of improvements in the near future.

Have you tried Bluestacks or Nox? Which do you think is better, and why? Let us know your thoughts in the comments section below.