Facebook Lite vs Facebook: What’s the difference? In this article, we’ll break down the differences in features between the two apps, so that you can choose the one that is right for you.

Facebook Lite is an Android app (available in the Google Play store) which is supposedly, as it is called, “lighter” than the regular Facebook app. It was originally launched for use outside of the United States, but it is now available as well in the US too. 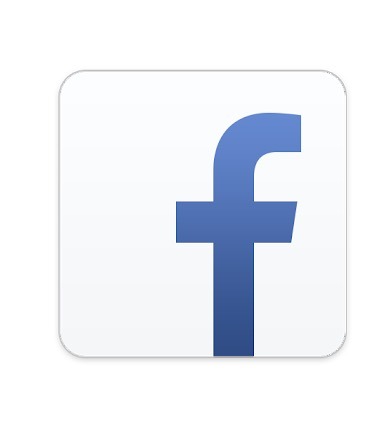 The idea behind Facebook Lite is to make Facebook accessible for people who have access to poor quality or speed of internet, whether that is wired or wifi. Facebook in general is a heavy consumer of bandwidth, what with all the media that is present on it (photos, videos, links, and advertisements).

People in many developed nations take for granted the access to 3G, 4G and 5G internet, and assume that it will always be available. However, in many places in developed countries, and in many countries where technology hasn’t progressed as quickly, there is limited or no access to 3G and 4G or 5G internet. In these situations, Facebook was basically impossible to use. Facebook Lite is the solution.

Facebook Lite is able to give users access to Facebook on rural, slow, or unstable connections by turning off the features that burn through data or need a strong and consistent signal, such as high resolution photos or the autoplay of videos.

The app is designed to use less RAM and CPU, and takes up a lot less space on your devices. For example, on my Samsung S6, the download file for the app is only 1.25MB, while the regular Facebook app for the same device is 39.77MB.

Finally, it consumes much less of your battery, which is something all of us would love.

Facebook Lite is frequently used by individuals in places who don’t have access to a high quality internet connection. But it is an ideal app for those who do have access to high speed internet but can’t afford to use quite as much of it as the regular Facebook app consumes. (so you can save money!!)

Or, if you know that you are headed into the woods or on a trip where internet might not be as good as you are used to, Facebook Lite can be a good solution. (and there is no reason why you can’t use both apps interchangeably if you want to).

Or, you have a cheap phone, that isn’t very powerful or awesome. Facebook Lite is just an easier app for lightweight phones to handle, so you can get a better Facebook experience on the device.

Facebook Lite is also great for older phones that have bad battery life, or for times when you won’t be able to get to a place to charge your phone (like camping or hiking).

Amazingly, this is just about all I use Facebook for.

Depends on what you need, honestly. The user interface for Facebook Lite is focused on function, and if you care about this stuff, you might not like that it looks old, and out of date. The buttons are shaped differently, and the posts look different.

But if you have an older phone, limited data, or you live or work in an area where the internet is spotty, or super slow, Facebook Lite is a good alternative to keep yourself up to date with what is going on in the world of Facebook.

However, individual actions can take a bit longer than you are used to. For example, in the regular Facebook app, when you tap on a photo to get a closer look, the photo pops up almost immediately. In Facebook Lite, this can take a few seconds or more.

Also, Facebook Lite doesn’t auto-refresh. When you click to refresh your feed, it can take a little while (depending upon your connection) for your feed to appear again.

Now if you asking whether Facebook itself is safe…that is another question indeed and depends upon a lot more factors than just whether the app is okay to use or not. In most situations, Facebook is only as safe for you as you make it. So if you use Facebook (or Facebook Lite) to share private or sensitive information, or you are concerned about the sharing of your private information with third parties, the risks for each of the apps are equal.

In theory, yes, it does. But that doesn’t mean that it uses no data whatsoever. If you use Facebook Lite a ton, it may still end up consuming a lot of your data if you don’t monitor it.

You can download it from the Google Playstore for your Android devices. If you are using iOS, the app has not yet been released. But you can utilize the app with the assistance of an emulator for your other non-android devices, as described in our Facebook Lite tutorial.

There are several third party apps that provide you access to your Facebook without sucking away all of your data. You can find several of these apps (paid and free versions) in the Google Play Store, such as:

I haven’t tried out these other Facebook alternatives, but I am going to, and write some reviews in the future. If you have, let us know what you think would be a good alternative to using the Facebook app or Facebook Lite.

The primary disadvantages of Facebook Lite have to do with speed, especially when clicking on media (such as photos or videos) and when refreshing your feed. People are used to Facebook responding almost instantly when you click on something, so it can be frustrating when something takes a while to load. People who are used to the regular Facebook app may also dislike the look of the interface.

Otherwise, the features are very similar, and you can ALMOST do everything on Facebook Lite that you can do on the Facebook app.