The advantages of Wifi seem obvious, don’t they? No cords, the ability to surf wherever you are. But let’s talk about some advantages you have probably not considered, and then we’ll touch on some of the disadvantages, especially some you should be prepared for.

Wifi’s benefits are pretty obvious. Generally, these are mobility and convenience. But let’s talk about these more in depth.

Aside from the requirements of cords, wifi is something that can be shared with a lot of people over a potentially large area. People use wifi (and the internet) to accomplish a staggering number of tasks in a given day. Because wifi exists, people in untold countries (almost irrespective of ethnicity or socioeconomic status) can send and receive messages, between one breath and the next. Phone calls become low cost, or even free. Business and even relationships can be transacted online. 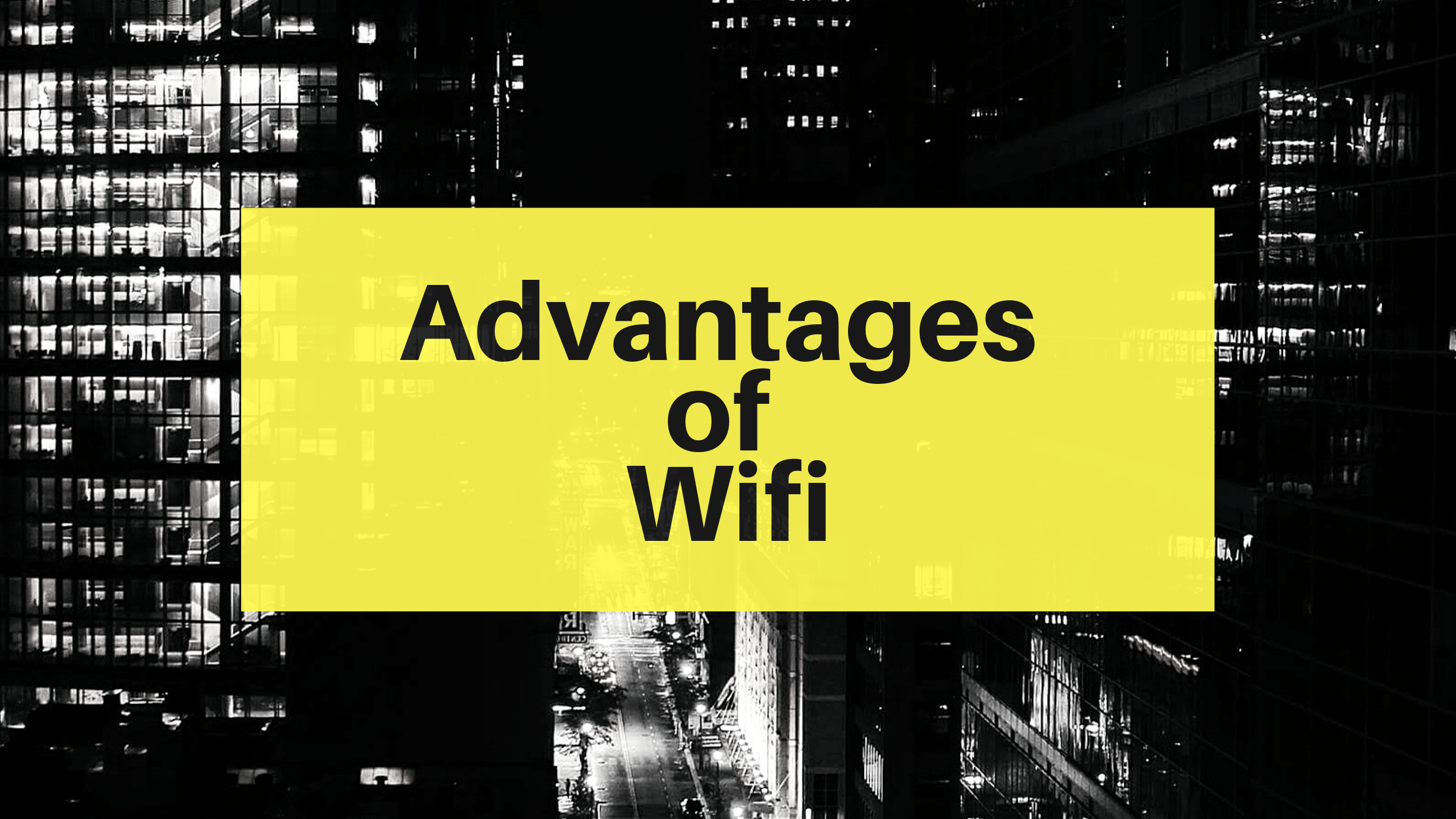 Most people are familiar with these pros of wifi, because most of us experience them in our normal day-to-day.

But here are some other benefits you may not have considered.

Wifi makes to so much easier to provide users access to a network. While you might not think twice about what it takes to make it possible to just log on to the wifi at a coffee shop over your latte, it used to be a really big hassle to provide that same level of access. With a single access point, you can provide internet access to many people, without the added cost of physical infrastructure (think cords, cords, all over the place), or the costs of physical labor to both install and maintain the access point.

This ease of deployment is a huge bonus for businesses that are rapidly expanding. In the wired days, if you wanted to add access to the internet for a new employee, think of all the work that was required to bring a new person on board! Cords, access points, getting a machine logged on and ready to go. Heaven help us all if it was required that desks be moved or stations adjusted. A difference of a few inches could require the reset of the entire office system.

Now, with a new person, you simple set up the station, set up the device, and you are good to go. You can move walls, printers, screens, desks, users, conference calls, telephones, just about all technological aspects of a new employee around without much drama as it relates to getting access to the internet or the network.

As wifi reach and quality has increased, it has become increasingly common for people to be able to be flexible about when and how they do their work. In days past when you simply had a sick day and didn’t do any work, now you can stay home and shield your co-workers from your germs but stay up to day with your team.

While we may watch a lot less day time TV as a result, for business owners and managers, the ability to access the internet cheaply is a boon for maintaining momentum and progress.

This also gives supervisors more freedom in allowing employees the freedom to take some time to spend on quality of life activities, such as attending children’s events of covering a sick day. The employee can “flex” his schedule and make up the lost time elsewhere, so that everyone is happy.

People can also make better use of the time spent stuck on buses, trains, subways, standing in line, commuting, all the places where you would normally just want to die of boredom. Now you can handle emails, respond to messages, and take care of other tasks while your time would have otherwise been wasted.

In the same vein, employees on the same network have the ability to collaborate on and share files without having to print, save to a disk, move via USB, plug in, or anything else. Everyone can connect to the same network wirelessly, and work together.

With wifi, with the exception of the speed of the actual internet access, things just happen quicker. Even when your wifi is slow, you can still exchange information more quickly than through the mail or via phone call.

Given the near constant access and contact with the internet, new industries and businesses have flourished, focused on people who spend their lives on the internet. Think of social media (Facebook, Instagram, Snapchat, Gary Vaynerchuck, Kim Kardashian), think of Shopify and Amazon, think of news media outlets and advertising. It is primarily the constant access to the internet that has made internet celebrities possible, has made Facebook into the powerhouse that it is, and created an addiction to the internet (and wifi) the likes of which humanity has almost no idea what to do with.

Wifi is not all sunshinse and daisies. With the ease of access and usability, comes the cons of wifi.

The primary disadvantage of wifi is the security issues it raises. Now that data can be transferred between devices and over networks without the requirement of an actual physical connection, there are many more ways for people to intercept that data for their own nefarious purposes. To combat that, internet security has become a million (should I say billion) dollar industry, as people work to protect their data by encryption, codes, VPNs, passwords, etc.

Next, while it is easy to get access to the internet through wifi, if you are not close to the access point, you can experience a poorer signal than you might otherwise have if you were plugged in. As most of us have no control of the physical equipment that makes up the network that we want to access for wifi, we can’t do much about weak connections. Wifi connections are sensitive to a lot of interruptions, which can include physical objects, like walls or bad storms.

In general, wifi tends also to be slower than wired networks. In general, it seems like most people are willing to accept this in favor of having the ability to be mobile with their devices and cut the requirement of a cord to access the internet.

All in all, it seems pretty obvious that wifi is a good thing, and that there are more advantages to it than disadvantages it. What are your thoughts about wifi? Pros and cons? Let us know what you think in the comments.