OXXO is yet another high quality release from a developer called Hamster on Coke. Interesting name aside, this OXXO game promises to be yet another hit for this developer. In this tutorial, we’ll show you how you can enjoy OXXO (and many other android games) on your Windows or Mac desktop computers.

Hamster on Coke creates awesome puzzle games, like Scalak, Zenge, PUSH and Art of Gravity. In this latest release, your goal is to group similar blocks. 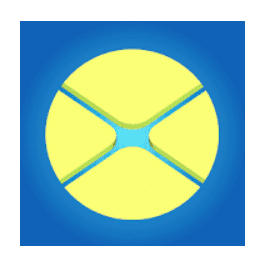 The game is meant to be challenging, so you won’t find any tutorials in the game to help you along your way. Rotate the blocks, use all three dimensions, and above all, use your brain.

This game is super new, so it barely has any installs on Google Play Store just yet, only 100 or so. But the reviews (if they are honest reviews) have been overwhelmingly positive, almost all 5 out of 5 stars rating. The Reddit community has also reacted positively to this game.

There is no free version of this game. It costs $1.99 to install, but the upside is that there are no ads, no ads anywhere!

It is rated for Everyone.

How to Play OXXO on PC

OXXO (like lots of android games and apps) look good on a smartphone, but they are easier to play and more comfortable to play when they can be played on a desktop or laptop computer. (No battery issues!!!)

OXXO has not been released for desktop computers. Thus, the primary way people play this game on PCs is with the use of an android emulator.

To get started, all you need to do is choose an emulator to download (we recommend Bluestacks 4). Install, and launch. Navigate to where you have the apk file for your game stored, and install it. Or go to Play Store and download it. If you have already bought OXXO for your smartphone (unless you know how to get the apk file for it), you’ll probably end up having to buy it again.

In the future, when you know that you are going to play your favorite android games on your desktop computer primarily, you won’t bother buying it on your phone.

After the game is downloaded, installed, and ready to do, all you need to do is open the emulator and then launch the game inside the emulator.

Any questions about this article? Let us know in the comments section below.