Is VPN Illegal in Canada? In this article, we’ll talk about the issues surrounding the use of VPNs in Canada, and why it is (or isn’t) recommended that you use a VPN in Canada.

Disclaimer: nothing in this article should be construed as legal advice or advice from a lawyer. I don’t live in Canada, and the information contained in this article was acquired via internet research. If you have legitimate legal concerns with regard to using a VPN in Canada, I recommend that you contact an appropriately certified legal professional in your jurisdiction. 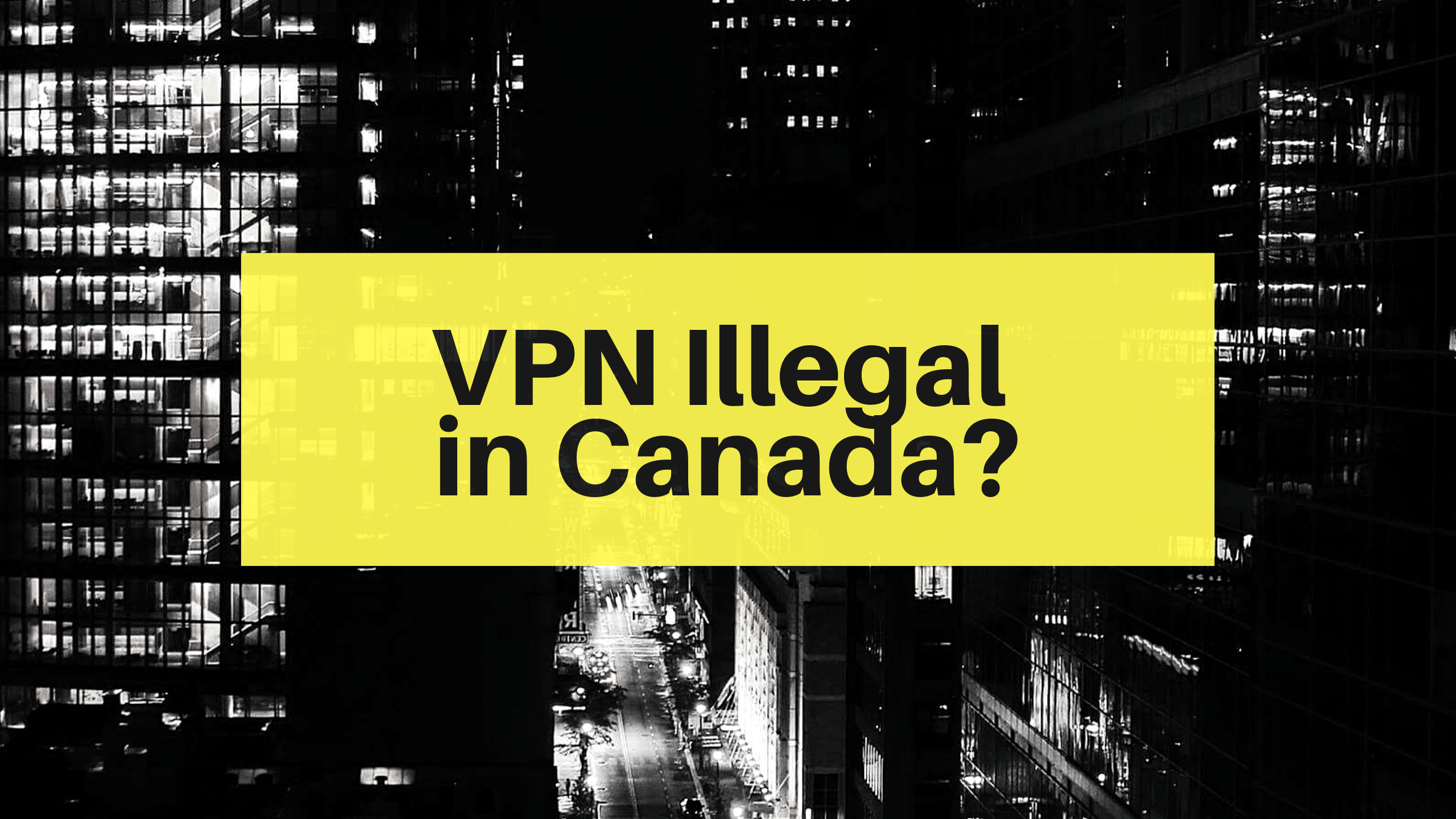 Is it illegal to use a VPN in Canada?

The answer is no, it is not illegal to use a VPN in Canada (meaning it is legal). To date (2019), though this may change, there have been no laws enacted to our knowledge that which criminalize the use of a VPN in Canada.

Why might a VPN be illegal in Canada or elsewhere?

VPNs can be used for good, and for bad. Most people use VPNs to protect themselves from hackers and the other bad guys. VPNs work to shield your data, (your browsing history, personal information, your location, even your IP address). This is a great thing if all you are doing is trying to keep from getting hacked. But VPNs can also be used by people who want to do illegal things, and not get caught.

In some countries around the world, the government has enacted rules/regulations/laws about what people living in the country can see or do on the internet. In doing so, the government may block users in certain countries from being able to access certain websites, receive news, utilize apps, or view certain materials (such as movies, online books, online music, etc). Without comment as to why governments might do this (moral, religious, business, intimidation, society regulation/control, prevent protests/riots), the result is that people living in those places want to find ways to continue to get access to those materials that the government doesn’t want them to see.

It may also be that a certain website (or country) wants to control who can see the materials posted, and prevent people from a certain country, city, or IP address from accessing the site.

To circumvent these controls, regardless of why they were imposed, VPNs allow you to cloak yourself. The people/groups/governments who imposed the controls don’t like this, thus the laws making it a crime to use a VPN.

What is VPN blocking?

Along with making VPNs illegal, VPN blocking another way that countries have responded to try and maintain the imposed controls on the internet/websites/materials. But the term “VPN blocking” is a general term for all the various ways that governments or organizations seek to prevent the use of VPNs.

Some governments may accomplish VPN blocking by blocking all access by IP addresses located outside of the particular country, or IP addresses located in particular countries (such as the United States). VPNs can work by making it appear as though your IP address is actually located in another country (like the United States) so that can prevent users from accessing websites that would otherwise be blocked.

Other countries have tried to block VPNs by requiring that internet providers block users from accessing any websites that offer VPNs.

While still others have simply moved to block specific VPN protocols (beyond the scope of this article).

Is it illegal to use a VPN for Netflix?

Netflix doesn’t show the same shows and movies in each country. People use VPNs to get around that, by making it appear as though they are from the country where the show is actually being offered.

Before we get to the question of illegality, let’s just touch on whether Netflix is okay with the use of VPNs. Basically, the answer is NO, Netflix is not okay with you using a VPN to access libraries that are not available to you in the country you live in. There are various reasons for this, but one of the main ones is that Netflix has licensing and distribution deals with the products/shows/movies for each country, and when you circumvent that, you are circumventing their business.

I have seen other websites state that it is NOT illegal to use VPN to view Netflix shows that aren’t otherwise available to you. In theory, this is sort of true. If you live in the United States, (or othe country where it is legal to use a VPN), and you use a VPN to shield yourself, and you have a paid Netflix account in good standing, you, and you are watching shows available to you in the country you live in, you are in violation of the Netflix terms of service (most likely), but you haven’t committed any crimes.

But think about the crime of stealing. The essential elements of a crime of theft include the taking/using/alternation/changing/impacting of something that does not belong to you or that you do not have a right to do those things with or to.

For example, if you live in Canada, do you have the right to watch a show that is only available in the United States? The answer is NO, you do not. You made an agreement with Netflix and you are paying for what you can receive in Canada, not for what you can receive in the United States. If you use a VPN to get access to something that Netflix has not agreed to provide you (and that you have not agreed to pay for), then for all intents and purposes, you have STOLEN access to those shows.

Is there a country in the world where theft is legal? I’m not aware of any.

While it may be difficult for Netflix to encourage the United States government to prosecute a citizen of Canada (or Mexico, England, South Africa, Australia, China, or other country) for sneaking access to watch a movie on Netflix (let’s face it, the United States isn’t going to waste any time trying to prosecute people who are using VPNs to watch Netflix), it doesn’t mean that it is LEGAL to use a VPN to watch Netflix shows that aren’t otherwise available to you.

In Canada, VPNs aren’t illegal. But don’t get lulled into thinking that just because it is legal to use a VPN, that it is legal to use a VPN to do whatever you want or need to do. You can commit crimes using a VPN, sometimes maybe even because you didn’t really think it through (like the Netflix thing). And the fact that a VPN is legal won’t shield you from the criminal repercussions of your illegal activities committed WHILE using a VPN.

Food for thought. Do you have questions or comments? Leave them for us in the comments.