Is Turbo VPN safe to use? In this article, we’ll talk about Turbo VPN and the known concerns associated with it.

First, what is Turbo VPN?

Turbo VPN is an app that you can download and install on your smartphone. It can be downloaded for free from the Google Play Store and the Apple App Store (and over 50,000,000 million people have downloaded it).

If you didn’t know…

A VPN (Virtual Private Network) allows you to create a connection to another network over the internet that is secure and encrypted. They can be used to shield your browsing activity on public networks or on networks that are less secure than you would like. 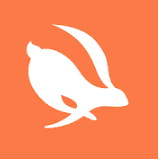 It is fairly common for users to utilize Turbo VPN to try and access blocked websites that they might not otherwise be able to visit for whatever reason (blocked by the telecom carriers, for example).

For example, when you are in the app, you can select which country you want to appear to be browsing from. If a website, Netflix, YouTube, app, video game, movie, social media site, or something else on the internet is set to block traffic from a particular place or IP address, then you’ll be able to confuse the block and get past it and access what it is that you are trying to access.

What are the features of Turbo VPN?

Turbo VPN gives you access to nine servers across North America, Europe and Asia. The app has no bandwidth limits or restrictions to control what you do or how you do it. There is limited customer support, though there are a few more features with the paid plan.

Is it illegal to have a VPN?

It is perfectly legal to utilize a VPN in just about every country in the world, with a few exceptions (such as those who have either blocked it outright or are trying to like Iran, China, Iraq, Belarus, Oman, Russia, Turkey, Uganda, and others). If you are concerned about whether it is legal in your country to utilize a VPN, check the rules/laws in your country, and do not trust that a blogger located somewhere else around the world has done the appropriate thorough research.

However, remember that any illegal activity that you engage in while you use a VPN will remain illegal.

What devices can use Turbo VPN?

Never heard of an emulator? Here’s an emulators basics article. You can also read more about how to utilize Turbo VPN on a Windows PC or Mac desktop computer.

What does Turbo VPN cost?

Turbo has a free plan and a monthly paid plan. There are ads in the free version. In the paid version, you get the app ad free, faster speeds, more servers, and connection of multiple devices at the same time. It costs about $12-15 a month or a lot less monthly if you buy the yearly plan.

Does Turbo VPN work with Netflix?

Yes, and no. Apparently in the free version, it won’t work, because Netflix apparently hates VPNs! But users have been able to use Turbo VPN to get access to blocked Netflix on the paid version (Turbo even marks some it its servers the “Netflix servers” to help you out.

People complain that Turbo VPN is slow, but this doesn’t bother me all that much, after all, every VPN is going to be slow, as compared to browsing the internet in the normal fashion.

Another concern that I find more compelling is that Turbo VPN is collecting personal information to sell. In fact, if you go to their privacy policy, you’ll find that the language is written pretty clearly to allow them to share your information with other service providers. If the product is free, you can bet that someone somewhere is trying to make money off of it, and off of you. This concerns me a lot more than complaints about speed.

Finally, Turbo VPN is based in China, and the spying done by the various nations around the world also makes some users nervous about using Turbo VPN. This isn’t an immediate concern of mine (because I don’t use my devices for anything spy-worthy). But it might be a concern of yours.

Should I trust Turbo VPN and use it?

Turbo VPN appears to take security seriously, which cannot be said for all free VPNs. They are using OpenVPN tunneling protocol, government level encryption, and seems to be fairly impervious to leaks.

But should you trust it? That is another question entirely. I don’t trust anything when it comes to sharing my important and private information. From what I have read, I would be willing to utilize Turbo VPN if it was needed. But I doubt that I would use it to transfer private information or anything else I would be sorry to have leaked or lost. Just because a VPN hasn’t been shown to leak or experience struggles doesn’t mean that it won’t in the future.

It is a free app, remember that. And in most cases, when you pay little or nothing for an app or service, you can’t really expect to receive much in value or return from it.

Is Turbo VPN safe to use?

I think that Turbo VPN is probably safer than many of the free VPN options out there. There are some really strong aspects of the app, especially associated with the tunneling and encryption. I haven’t seen anything outright out there that confirms that it isn’t a safe product to use, and I don’t see that the app is being used to hurt or take advantage of people or scam them. But I don’t honestly feel that secure about using it either, as it relates to the sharing of my information.

But in the end, the product doesn’t seem to work that well, and unless I had to use it, I’m not sure that I would if other options were available.