Home » Security » Is Cheetah Keyboard Safe To Use?

First, what is Cheetah Keyboard?

Cheetah Keyboard is an easy to use virtual keyboard on mobile that actually works like a keyboard. Fans of the app love it because it helps them type out messages and emails on mobile phones without so many typos, and it much more like using a PC or laptop keyboard.

It is what we call a “third party keyboard.” What is a third party keyboard? Think about your phone. It is made by a specific manufacturer, and then they add the apps on it that they want. Some of those apps can be disabled or deleted by you, and some of them cannot. Historically, the keyboard on the mobile smartphone was one installed by the manufacturer, and it wasn’t anything we as users could change. This was changed, and now phone owners and users on most phones can disregard the installed keyboard app and download and install the one they want to use. 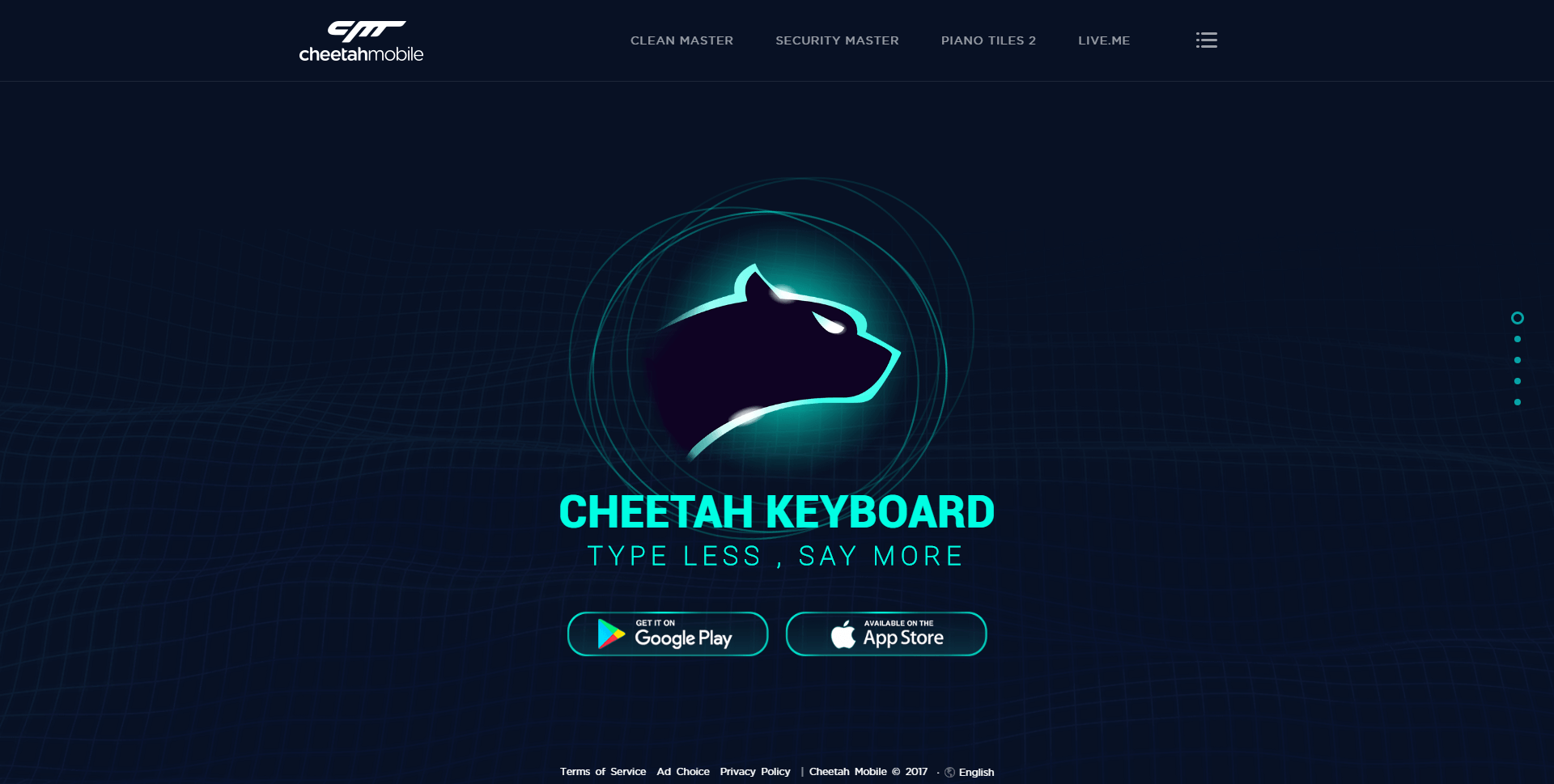 Cheetah Keyboard is one of many third party keyboards that are now available, and includes support for multiple languages (up to 80 now), emojis, swipe typing, background themes, and more.

You may have also heard of SwiftKey, GBoard, Fleksy, and Swype, among others.

How does Cheetah Keyboard reduce typos and act more like a keyboard?

You certainly type on your regular phone keyboard, as you do on Cheetah Keyboard. But for some reason, phone auto-correct SUUUUUUCKS. Cheetah keyboard works in a similar way, but with much better results and in a less intrusive manner, keeping pace with you while you work, and without interrupting the flow of what you are doing.

A big part of what Cheetah Keyboard touts as that makes it an industry power is the app’s auto-correct, intelligent predictions, gesture typing and smart replies.

What devices can use Cheetah Keyboard?

This app is now available for both Android and iOS devices.

This is available in the Google Play Store and the Apple App Store, or you can go directly to the developer’s website and get linked up to it there: https://www.cmcm.com/en-us/keyboard/

What does Cheetah Keyboard cost?

Nothing. Cheetah Keyboard is free to download and use.

What are the safety concerns of a third party keyboard like Cheetah Keyboard?

Apps installed by users often have the ability to capture user information. This is especially the case when you have an app or program is that is USED to enter information into the device.

The primary issue of security is the ability of the app to send the device owner’s actual inputs (keystrokes or voice dictation) to the developer’s servers. This isn’t necessarily a bad or illegal thing for a developer to do. In fact, it is fairly common, and there are no problems with it so long as the developer (through the app) gets your permission to send the data it sends to its servers.

And there can be good reasons for a third party keyboard app to send data to its servers, for the benefit of the user and client. This may assist the app to learn the user’s style and language, to store typing patterns or perform additional analytics crunching.

Developers are very aware of these potential security risks, and most have implemented safeguards to help protect any of the user information entered using the keyboard.

I heard you could make money using the Cheetah Keyboard?

I have heard this too, though I have not tried out this option. I did some research on other people’s experiences. For the most part, people do not report having positive experiences, and I could only find evidence of a handful of people who ever received payments as the result of using the app.

In general, I don’t recommend that people engage in these make money online schemes that require you to put in a ton of time and effort to meet payment thresholds, such as taking surveys, watching videos, or answering questions. In general, you end up wasting a ton of your time, get bored with the app before you earn enough to get paid, and quit before you end up getting paid for any of the work that you did.

Many people also reported that trying to make money with the app caused their phones to crash.

Should I trust Cheetah Keyboard and use it?

I always tell people to gather as much information as I can, and I don’t tell them what to do. Instead, let’s look at the app. It is sold by Google Play and in the Apple store. These two app stores are run by two of the biggest companies in the world, who have every reason to make sure that the apps they are selling are safe and as secure as possible for their customers to use. If you pay attention to the news at all, you will have heard in recent months of Google Play removing apps from its app store and advising customers to delete the apps from their devices due to discovered privacy concerns.

In general however, this is something that happens rarely, because these large stores do engage in a lot of work to make sure that their customers are kept safe. Companies, developers, and apps that do not meet the terms of service of these stores are taken down or they do not get listed for download or purchase.

That being said, I think it makes sense to approach all use of mobile devices with caution. In general, I think it is a poor idea to transmit important information through a smartphone (such as bank account numbers, social security numbers, IDs, answers to security questions, passwords, etc) regardless of which app you use for a keyboard. Google Play, Apple, and even Cheetah Keyboard cannot control what happens to your data once it has been inputted into your phone and heads off into the interwebs, not fully, regardless of encryption.

Even if Cheetah Keyboard does everything right to take care of your data (and nothing is lost between the phone and the cloud), you can still find yourself the victim of hacking through other ways. Again, if you watch the news, just about every week there will be a story about how some financial company was hacked and tons of private information was stolen/exposed/leaked inadvertently.

This is why you need to make sure that you guard your sensitive data, regardless of the apps that you are using.

If you use Cheetah Keyboard and you don’t use it to transmit private information that you could not afford to have lost or stolen, then you don’t have much to worry about, unless you dislike the idea of Mark Zuck or the federal government spying on your conversations. And if that is the case, you’d be better off looking at other apps to focus on privacy.

And if you hate the idea of Cheetah Keyboard making use of your data, whether it is sensitive or not, then don’t bother with it or other third party keyboards.

Is Cheetah Keyboard safe to use?

Cheetah Keyboard is only safe to use if you use it safely. Download and install your apps from reputable sources, not from random blogs or websites. Review the permissions you grant carefully, and if the app wants more than you are willing to give, say “no” and uninstall the app, or use it offline if it allows you to.

And remember, nothing on your phone is ever 100% safe. If you keep your sensitive information off the phone, you can dramatically reduce the harm if/when you are the victim of data theft or leakage.