Home » Entertainment » CotoMovies Has Been Shut Down

Users of popular movie streaming app CotoMovies were in for a shock when the app was shut down suddenly, and without warning. But there may be more shocks to come for users. 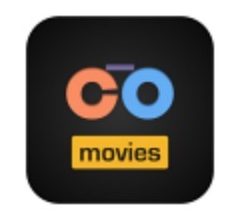 If you have been to the CotoMovies website recently, you’ll find this message:

I want to express my sincere regret to the owners of the motion pictures Hellboy and Angel Has Fallen as well as all rights holders for inducing and contributing to copyright infringements by my operation of the app CotoMovies. From this stressful legal experience, I have learned to appreciate the damage apps such as CotoMovies do to those who invest their time, effort and money to create motion pictures. I now plan to fully respect intellectual property laws and strongly urge those who used my app to use legal apps to watch movies. To this end, I have agreed to transfer to counsel for the rights holders user data and communications under my possession and control so that they can enforce their valuable intellectual property.

There are several levels OMG in this statement. First, it is clear that the shutdown was perpetrated by the holders of the copyright for some big Hollywood movies. While I am not a user of CotoMovies, I know that there are thousands who were, and probably many who watched Hellboy and other movies that probably violated the copyrights of many individuals and businesses.

People don’t really give much thought to violating copyright when the material is available over the internet. After all, it feels like we are anonymous. Who will ever find out?

Well, in this case, the copyright holders of these movies were motivated not only to hold the feet of the owner of CotoMovies to the fire to get him to shut down the service and publish an incredible apology, but also to get him to turn over the user data he possesses.

Yep, you heard that right. CotoMovies is turning over the user data of the people who used the app to commit copyright infringement.

While we don’t know what data was collected by the app, I think we can safely assume that the people who were using the app didn’t think twice about authorizing the app to access identifying data, and that the app probably collected enough data from users to allow copyright holders to work backwards and identify them, if the app didn’t already out them with their names, device information, phone numbers, and IP addresses. If you are a user of CotoMovies, you might be able to go back to the app and check to see what permissions were checked. But I have to think that the app at least collected the IP addresses of users, location data and the like.

It is likely that the data also confirms what specific shows or movies that the particular user consumed. Well, I think it would have to confirm it, otherwise what would be the point of providing the data. It isn’t illegal or copyright infringement to use the app, only to use the app to view copyrighted material in violation of the copyright owners’ rights.

That being said, I do think it is highly likely that at least a handful of people, if identified, will get sued by the company to make an example of them, in the hopes of deterring other people from consuming copyrighted content, and to deter developers from creating and releasing products that can be used to commit copyright violations.

I have to guess that if the CotoMovies team got out of this mess with even the shirts on their backs, they are pretty darn lucky. No doubt that the very deferential apology posted to the website was some part of a settlement deal to help them avoid worse trouble.

I have to wonder if this is a sign of where the world is headed for free/pirated streaming apps. People are chiming in on this with the call for users to make sure that VPNs are used to shield yourself whenever you are streaming media that could be a copyright violation.

Frankly, I don’t think VPNs are the solution. Honestly, I think people are better off not putting themselves in the place of risking getting sued by a pissed off company (or even getting prosecuted). VPNs aren’t meant to shield you so that you can commit illegal acts or steal from others. They are supposed to help you protect yourself from the bad guys, not so that you can become one yourself.

And you might not like this, but when you are consuming pirated content in violation of copyright laws, in the eyes of the law, you are the bad guy.

What do you think about this CotoMovies mess? I have to admit, I am fascinated by the whole thing, and I am going to be watching in the future for any news about the CotoMovies data resulting in additional legal action or even criminal prosecution. It would be a landmark sort of situation that would set the bar for the rest of the movie industry, as well as music, authors, and artists, to enforce their rights to their intellectual property.