Get ready to gather your favorite marvel heroes and combine them to fight a great battle. The enemy has begun striking. You need to gather forces and fight them back. 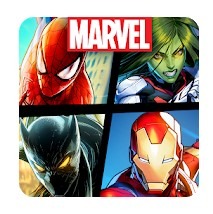 Iron man, captain america, black-panther and the fan-favorite spider-man are all here in this game. You have to collect these heroes and deploy them. Use their powers and skills in battles. The controls are simple to handle. Visuals are fantastic. PvP is also featured in the game.

It is rated a 3.8 out of 5 stars from user reviews on Google Play Store. Common complaints from one-star reviewers include that updates deleted all progress and cards, and that the pay to win players make it hard for people who are not paying to play to succeed.

Once NoxAppPlayer is downloaded, follow the steps below to download and install MARVEL Battle Lines for PC:

Use your strategies and the former knowledge to deal effectively with the enemies.

What do you think of this offering in the games about the MARVEL universe? Would you recommend it to others? Let us know what you think about it in the comments section below.