Is Popcorn Time safe? The answer to this question is complicated, and requires a little extra explanation. Let’s get into it.

To adequately and fully answer the question, we first have to build a foundation of knowledge about Popcorn Time.

What is Popcorn Time?

Popcorn time in a software/app that allows people to to stream videos listed by multiple torrent sites. People call it an alternative to Netflix, primarily because it looks and can be used very similarly to Netflix. You are presented with a list of available media as thumbnails, and you can search or browse through the various categories and genres. Select what you want to watch, and boom, start watching it. 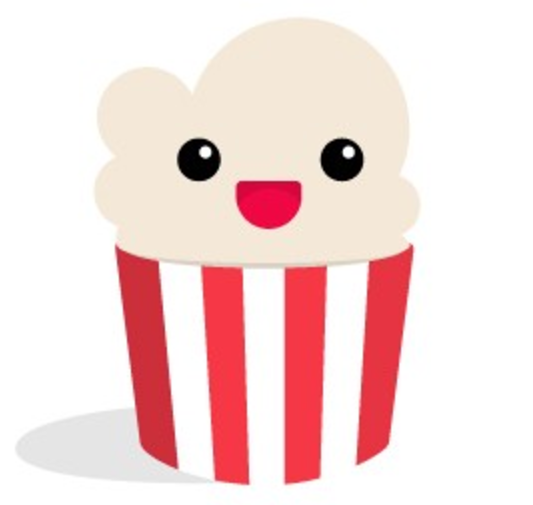 To understand Popcorn time (and whether it is safe to use), you need to understand what “torrent” is

What is torrent? When you hear the word “torrent” as it relates to the internet, it usually refers to a file with a .torrent extension. This .torrent file contains information, but not what you might think. For example, if the file is named BlockBusterMovie.torrent, the file doesn’t actually contain the movie. Instead, the .torrent file can be used by a BitTorrent software to download the Block Buster Movie to a device like a computer.

In simple terms, a .torrent file is like a key, and the BitTorrent software as the door. When you use the key (to open the door), you get the thing of value on the other side that you want, which in this case (and in the case of Popcorn Time), are televisions shows and movies.

Why do people use Popcorn Time?

People like Popcorn Time because it allows them to avoid advertising, paying for access to digital content, and tends to provide you with more options than all of the other platforms.

Now that you know more about torrent, it is easier to understand what Popcorn Time is and does. It provides its uses both the .torrent key and the software door to allow users to get access to tons of shows and movies. Popcorn time takes care of getting the file to the user, which sometimes can include pulling pieces of the movie file from all over the place and from multiple websites. And as usual with BitTorrent, as soon as you start to download the movie from Popcorn time, it makes what has been downloaded for you available to other users as well. 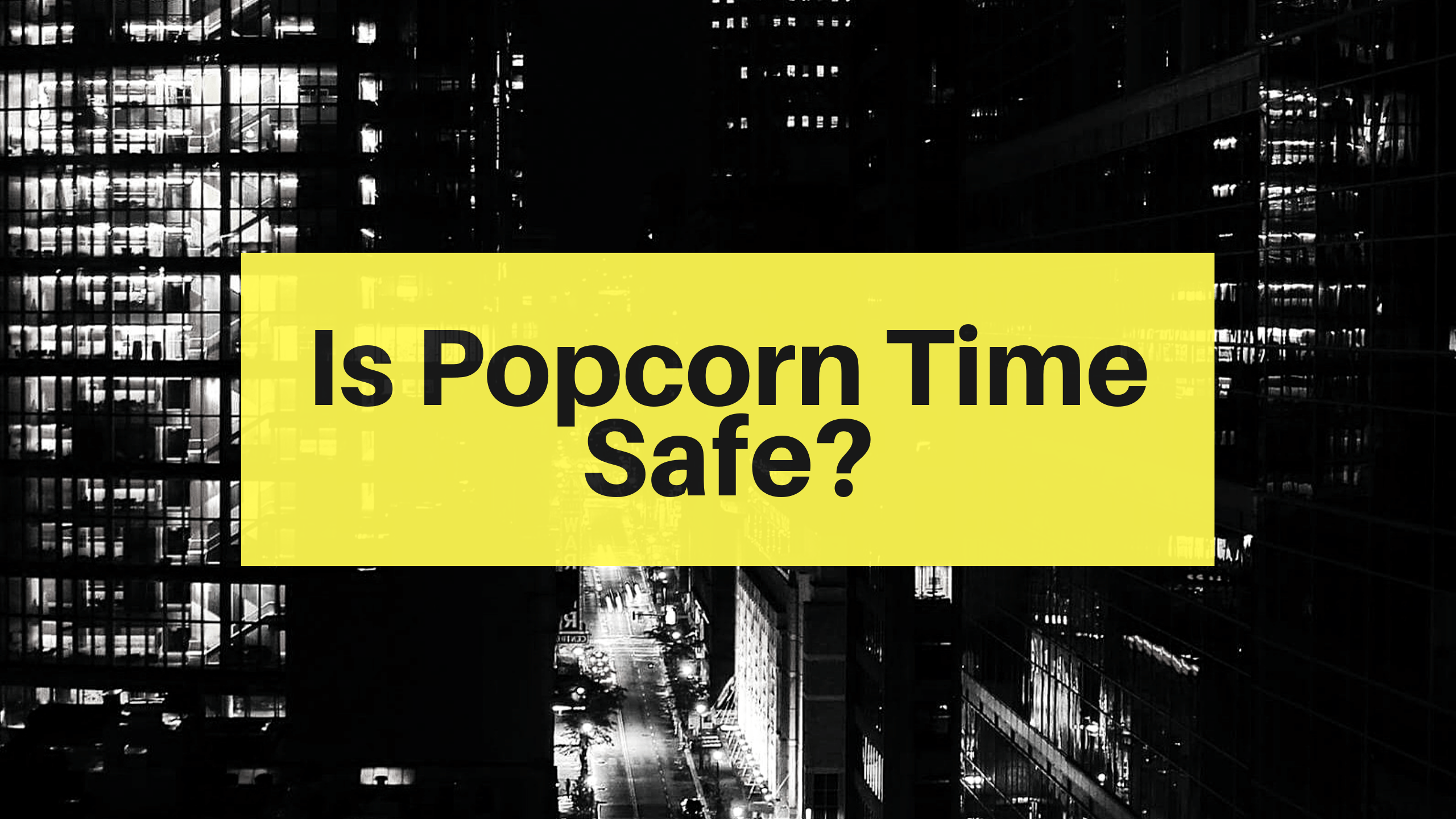 So….is Popcorn Time safe to use?

This question can be approached from several sides. For example, when you say “safe” do you mean “legal?” Or do you mean “safe for my devices?” Or do you mean, “will I get caught using Popcorn Time?” There are a lot of aspects of what I could mean to be “safe.”

Is Popcorn Time legal to use?

From a legal standpoint, the use of Popcorn Time (and other torrent abilities), varies from country to country. You’ll want to check your country if you have concerns. In many cases, Popcorn Time access has been blocked by countries that don’t want you to use it.

But in general, if you are using tools that are not otherwise illegal in the place you live (using VPNs in countries that have banned them, for example), you are not breaking the law UNTIL you use the tool to do something that is illegal.

Thus, if you are using Popcorn Time to get access to movies or shows that are not protected by copyright, and are available by permission of the creator, the NO, you have not committed any crimes, it is legal to use Popcorn Time and it is safe to use.

But if you are using Popcorn Time to access copyrighted material, you are taking something that you do not have the right to possess, which can expose you to both civil and criminal penalties.

Is Popcorn Time safe for my devices?

Nope. While the concept is really cool, the fact that multiple devices from all over the world potentially are involved with providing you access to a file is inherently dangerous to your devices.

And this doesn’t even require that the user sharing the data intend harm to you. He or she may not even realize that their machine is infected or that the network itself is compromised.

You can ameliorate the potential impact of an infection from legal torrenting (rather than illegal torrenting) by using very strong and up-to-date antivirus software, and by using devices which do not contain sensitive information or that would trouble you if you downloaded malware or a virus, and by making sure to use a network that is not your own so you have some place safe to come home to. It is also recommended that you utilize a high quality VPN. (Learn more about VPNs in our VPN Knowledge Base)

Will I get caught using Popcorn Time?

The trouble with Popcorn Time and torrenting in general is that other peers can see your IP address. Since torrenting is very often used to provide viewers access to copyrighted material, the creators of that material tend to monitor this, and report all IP addresses of individuals involved in the torrenting to law enforcement.

The ISPs (Internet Service Providers) can then communicate with law enforcement about the IP addresses of those who are downloading torrents in order to stop the sharing of particular files.

The cops may or may not be interested in arresting you, putting you in jail, or prosecuting you for using Popcorn Time. In most cases, especially in the United States, chasing offenders who are no located in the United States or who are not actively harming people are a lower priority. There just isn’t enough money and resources to go around to prosecute every bad thing that someone does.

But that does not mean you are safe and anonymous. While the government might not be interested in prosecuting this, movie and record companies are. They can investigate the various users themselves, and bring civil cases against people identified through the IP addresses.

For example, in 2015, multiple individuals in the United States (Oregon to be precise) were used by filmmakers for downloading the file, listing the user’s IP addresses and their ISP, and demanded $150,000 in damages and legal fees. Lawsuits like this are not common, but they do occur, especially if the damage is significant to the owner of the content.

Does a VPN make it safe to use Popcorn Time?

It can, however, make it harder for the owners of the copyrighted material and law enforcement to trace your activity back to  you. In general, it is universally recommended that you utilize a VPN with Popcorn Time, though I can’t recommend on this website that you download and view copyrighted material.

Meaning, does Popcorn Time work like it says that it does? Certainly. There are multiple version of Popcorn Time floating around the internet now, so if you intend to use it, make sure to do your research to get the version that is universally accepted in forums (like reddit) to be working. Versions include:

Is Popcorn Time legal in the US?

Popcorn Time is legal to use in the United States so long as you do not use it to commit crimes, and I certainly wouldn’t use it in any way that might skirt the law but opens you up to civil liability.

Can I get a virus using Popcorn Time?

The platform claims to be free of viruses, adware, malware, all the bad stuff. That being said, I wouldn’t trust these claims whatsoever. I think the answer to this question, despite the claims, given that this is a torrent set up, is absolutely 100% yes, you can. Doesn’t mean you will every time you download something, but I think the risk is 100% that you can get a virus or other malware.

Do you recommend that people use Popcorn Time?

No, here at 10Downloads we don’t. There is just too much potential for harm that outweighs the potential benefits of accessing movies and televisions shows for free or before they are released.

Do you have more questions about Popcorn Time? Thoughts about using it? Leave them in the comments.