Home » Entertainment » How To Watch Viki In Any Region

In love with Viki? Do you use it to watch Kdrama? I don’t blame you if you, so do lots of other fans. In this quick tutorial, we’ll show you how you can work around the settings that block you from having access to some or all of the Viki library of popular shows.

\Viki is a global television service. It offers television shows and movies in more than 200 languages. 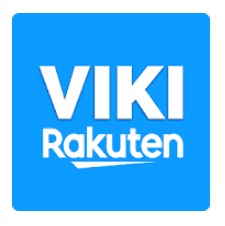 To get started, what you need to do is sign up (which can be done with Facebook, Google, or your Rakuten account). Viki is free to use (meaning you don’t have to pay anything to watch the shows and movies). However, there are ads. Viki offers a premium service (Viki Pass) that lets you watch exclusive content, free of ads, and sometimes in HD.

Which countries are supported by Viki?

I’m afraid it’s not quite as simple as all that. While some countries ARE supported by Viki, there’s no guarantee that all shows will be available in Viki. Further, it also depends upon how you are accessing Viki. Roku, for example, gives users access to Viki, but only supports users who are located in mostly North and South America. (Strange, given that Viki is mostly dedicated to Kdrama).

The support section in Viki is not that clear about what can be shown where around the world. In fact, it is unlikely that you will realize whether you’ll be able to watch a certain show or content until you try and watch it. If the show plays, you have access, and if not, you’ll get a message confirming that the show is not available in the region you are in.

Will the Viki Pass unlock content blocked by region?

No, the Viki Pass cannot overcome licensing issues, which is mostly the reason why some content won’t be available to you. It is also possible that your particular country doesn’t want you to have access to Viki, and there isn’t anything the Viki Pass can do about that.

How do I unblock the content I want to watch on Viki?

The primary way that most users get around this issue is by the use of a VPN. A VPN is a virtual private network. These networks get a bad name, because they are often utilized by people who want to hide their tracks online. In recent years, a lot more laypeople have begun to use them because VPNs can shield your private data when you are using unsecured or public WiFi.

When you utilize a VPN, you can actually block people from knowing where you are located in the world, or even set it up so that you appear to be somewhere else in the world. When you log in to Viki, the service/app looks at the IP address of where you are accessing the service from, and then blocks or unblocks content consistent with your location.

In most cases, people select a VPN that allows them to select an IP address in the United States, which is most frequently a country that will have full access to the entire available library, but this may vary depending upon what you want to watch (and in what language).

VPNs all have different IP address locations available, so you may have to try out a few different ones before you find the right IP address that helps you watch the show you want to watch.

How to find the right VPN?

There are several VPN services out there. Some are free, others are paid. A lot of people these days are consuming content on their smartphones. As such, there are many free VPN apps for android (and other phones as well) that you can access. All you have to do is go to the Google Play Store, look for the best available VPN app, download/install, and then move forward with configuring your VPN so that you can watch your show.

But what if I want to watch my show on the laptop or desktop computer?

There are many emulator options out there, but for android we generally recommend Bluestacks 4 as a good place to start (and it is free).

I think it can be a bit cumbersome and hard to get good performance with this method unless you have an excellent internet connection and a decent (meaning not old) computer, but it is not impossible and a lot of people do it this way because there is no other option.

Will every VPN unblock Viki every time?

Hard to say. At the time of writing and posting this article, it is possible to watch blocked Viki shows with the use of a VPN. But as we learned with Netflix, companies like Netflix and Viki do not like it when you get around their restrictions, so they move to identify VPN IP addresses and then, once identified, block them from accessing the libraries. You may have to try several different free VPN apps before you find one that works.

Does this sound like a struggle? Or a lot of work? Maybe. But if what you are after is free access to your favoriate Kdramas, you might just be motivated enough to keep trying until you find a combination that works best for you.

In general, VPNs are not illegal. A VPN is a tool, and the tool is subject to the whim of the user. If you use the VPN to commit crimes, then the VPN doesn’t shield you from the fact that you committed a crime. We certainly don’t recommend that anyone commit crimes with a VPN, or for any other reason.

If you have concerns about whether the use of a VPN in a particular country is illegal, you should investigate the laws in your own place of residence to confirm its status.