Home » Android » Facetime For Samsung: Use Popular App with Your Android Device

Sure, there are alternatives for Facetime, but maybe you just WANT to use Facetime. There’s no shame in that. You may have read that it is impossible to use Facetime on any android device. That’s not exactly true. Read on, and we’ll show you how.

How can you use an iOS app on an Android phone like a Samsung?

There’s a simple way to explain this, and a technical way. I’ll focus on simple. For years, app developers have helped users bridge the gaps between phones and desktops, iOS and Android. The software that bridges these gaps is called an emulator. 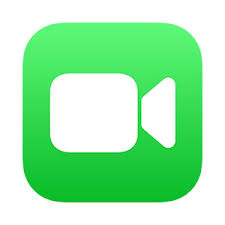 Emulate is another word for “imitate.” As it sounds, an emulator helps one device to pretend to be like the other, (or imitate it) enough to fool the app into thinking that the operating system is the right one. It allows a desktop PC to install and run an app designed for a smartphone, and it allows an Android phone to install and run iOS apps (and vice versa).

(If you need more about emulators, check out this beginners introduction article to android emulators).

With an emulator, you’ll be able to use Apple Facetime for Android devices like your Samsung phone.

How do you know which emulator to choose?

This depends upon the device you have in your hands, and the app that you want to use/play on it. Most emulators are developed to emulate iOS apps, or Android apps, but not both.

If you have an Android phone, and you want to utilize an app that was developed and available only for iOS apps, then you’ll need an “iOS emulator” and NOT an “android emulator.” After all, you want your device to pretend to be an iOS device to use an iOS app.

How can you install an iOS emulator on an Android phone?

This is probably the most technical part of this entire equation. iOS emulators aren’t going to be available in the Google Play Store. To do so, you’ll need to install the APK file yourself on your phone.

Not sure what an APK file is? We’ve got a beginner’s article about APKs too!

To install an APK file on your smartphone, you’ll have to adjust some settings in your Samsung phone first. The instructions will differ depending upon which version of Android you are using.

If you are using anything earlier than Android 8, here are the steps:

You might also find the “unknown sources” toggle switch under Device Administration.

For Android 8 and above, here are the steps:

WARNING: Once you have turned “on” the option to install apps from external sources, your phone will do it. If you do not carefully monitor what you click on, your phone may download and install apps or other software while you are surfing. I recommend that you turn this on only when you want to install a specific app, and then turn it off when you are done. Be very careful where you get your APK files from, and only download the ones that you are 100% sure are trustworthy sources.

Once your settings have been adjusted, it is fairly easy to install an iOS emulator on your Samsung device:

Once you’ve opened up the installer, the rest of the installation process of the iOS emulator is done for you.

How to Use Facetime with a Samsung Phone with an iOS emulator?

Once you have the emulator installed, here’s how you can use the iOS app Facetime:

Which Apple emulator to choose from?

There are many options for iOS emulators, such as Cider Emulator, iEmu Emulator, Appetize Emulator, iOSEmus, and All In One iOS Emulator.

When you are first starting out with iOS emulators, make sure you experiment with emulators that are free (rather than paid), and are free of in-app purchases. Take a look and make sure that your emulator of choice has been reviewed well for being safe from viruses and malware.

Some of the emulators out there (such as Appetize Emulator) do not require installation of the APK on your device (like described as above), but this can cause the apps you use with the emulator to lag a bit, leading to an unsatisfactory user experience. Check also the system requirements for the emulator on your phone, in case there are RAM requirements to keep the emulator running smoothly.

Some of the emulators do not support all Android devices, so just be aware of that when you get started looking at emulators. You don’t want to go through all the work of updating your settings and downloading the APK only to find out that it would never have worked anyway!

Do you have more questions about this workaround to use Facetime on your Samsung phone? Let us know what they are in the comments!