Take advantage of artificial intelligence by using FaceApp. It is available for Android smartphone and tablets for free and can be installed on PC/Mac using Android emulator.

FaceApp (Viral App For Making You Old Before Your Time)

If you have ever wanted to look younger in photos to share on social media, then try out FaceApp. With its artificial intelligence feature, it can add beautiful smile to your photo with a single tap (or lots of wrinkles, gray hair, and droopy skin). With increasing number of selfies shared by users on social media, it is good to add beauty to your selfie before sharing (or to add humor by making yourself look silly or very terrible). 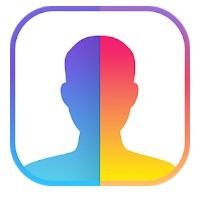 In order to install and use Android apps like FaceApp for PC on Windows, you need to have an Android emulator installed.

Presently, there are lot of good Android emulator softwares available for both Windows and Mac operating systems. We recommend to first give Nox Player a try to install FaceApp for Windows.

Apart from its features, FaceApp for PC Windows does all the work of adding smile or making your face look cool with a single click. Simply take the picture you want to edit in FaceApp, and then select the filter you want to modify the picture. It is fairly simple to do, and easy to share and show your friends.

FaceApp was initially released several years ago, but a development group located in Russia. The app initially rose in profile after it was discovered that the app offered “ethnicity” filters, so that people could change their appearance to that of people of other cultures. Due to pressure from users, the news, and the general public, that filter was removed.

In 2019, the app again rose in popularity, after celebrities began using it to add the “old” filter to their pictures (or to that of photographs of other celebrities, babies, even animals) from around the internet. People began rushing to get the app to join the masses in posting photos on Facebook, Twitter and Instagram of themselves looking before their time.

Please be advised: SAG-AFTRA would like to warn you about #FaceApp, as it raises significant privacy and right-of-publicity concerns https://t.co/74QMGOND5G pic.twitter.com/FEaVILOsWZ

It was discovered not long into the frenzy that the app was violating people’s privacy, but requesting and obtaining excessive access to users’ personal data and photographs. Specifically, the terms of service of the app gave the app an unlimited license to utilize the data it collected in any way that it deemed appropriate. There was subsequently a lot of noise about how people needed to delete the app right away, because the data could somehow give Russia the ability to interfere elsewhere. In the US, there has been a lot of talk about Russia getting involved and trying to manipulate elections. This article takes no position on Russia, the app, US elections, or politics.

Is it safe to use FaceApp?

We do advise (as we do with all apps and devices) that you investigate the apps that you use, and protect yourself and your device from hacks and harm. This is especially the case if you are using FaceApp through an emulator on your primary computer, such as the PC that you are using for work, or use to store sensitive information on.

To our knowledge there have not been any documented uses or abuses of any data collected or utilized by FaceApp, just a lot of concern about it. I would not be surprised to see FaceApp revise it’s permissions, terms of service, and the amount of data is collects upon install in response to the storm of media over privacy concerns.