Have you tried Void Tyrant? Early reviewers are praising it, and it looks to be another hit for Armor Games. In this short tutorial, we’ll show you how you can play Void Tyrant for PC (Windows and Mac).

Void Tyrant was recently released for early access through Google Play Store. So far, early users are loving the game. This is a a card-based combat game, and as you play, gather as many powerful cards as you can along the way. To play, you draw cards (ranging from 1 to 6) to attack, but you also draw cards to use for equipment, skills, and spells. 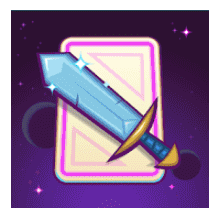 The game is free (with ads), and if you buy the premium version, you get the game ad free. So far most people have been playing the free version without complaining too much about excessive ads. There are also some in-app purchases.

Google Play notes that the game is still in development and may be unstable. It is rated Teen due to violence and blood.

You can access Void Tyrant at the Google Play Store.

How to Play Void Tyrant on a Desktop Computer

Until Void Tyrant comes out with a Windows or Mac version, the easiest way is to utilize a free android emulator (or iOS emulator). We like emulators because they cost nothing to download and use, and do not require a lot of time to set up or any sort of actual technical skill.

Here are the steps to start playing Void Tyrant on your PC:

It’s really simple and easy to do.

Have you tried Void Tyrant yet? What do you think of it? Let us know what you think in the comments.