Home » Security » Arlo for PC: Download and Install for Windows/Mac

In this article, we’ll show you how you can set up your security app Arlo for PC (Windows/Mac).

Arlo is brand of security cameras/system. The cameras are set up and communicate via wireless network. The data collected from the cameras is pushed to the Arlo app, which can then be downloaded/viewed by the user. A handful of day’s worth of footage is stored in the cloud, but you can pay for additional storage space. 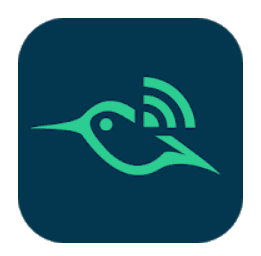 The app is free to download and install, but obviously the cameras are not. In the app, you have the ability to review each of the cameras, past footage and also the live feed. In some cameras, you can actually speak to your phone and have your voice projected by the camera. There is also an alarm that you can activate.

Arlo was previously affiliated with Netgear, but that relationship has apparently been severed, and all Arlo users who depended upon the previous version of the app are having to download it again.

Personally, while the idea of this security system (and app) seems to work well for some, I honestly haven’t been that happy with it. The cameras work well and the visibility is good, and the app gets shows me the footage effectively, but I don’t like how long it takes for the cameras to activate once motion is sensed, as the movement which tripped the cameras is often gone by the time the camera starts recording. The notifications also come late to the phone, so generally by the time my phone notifies me that there is an active event on my cameras, that active event is over.

There is no official browser version of Arlo, to my knowledge. Many users are instead setting up a software on their desktop computers to utilize the Arlo app. This piece of software is called an android emulator. The emulator imitates the android hardware and software, so that an application like Arlo can function just fine on your otherwise incompatible desktop computer.

To get started with an emulator, you must first choose one. We like Bluestacks emulator (Bluestacks 4 seems to be hitting all the marks), but we have previously also recommended NoxAppPlayer and LDPlayer. These emulators are all free to download and use.

The Arlo app is cool but I still wish it functioned a bit better, as far as communicating with my devices. I also wish the cameras were quicker to start recording when motion is sensed.

What do you think of the Arlo security system and the app? Let us know your thoughts in the comments section below.